The Maastunnel connects the north side with the south side of the city with tunnels for cars, cyclists and pedestrians. This national monument is not only very practical, but also very beautiful. The ventilation buildings, in particular, designed by architect Ad van der Steur, stand like two expressionist guards of the city on either side of the Maas. 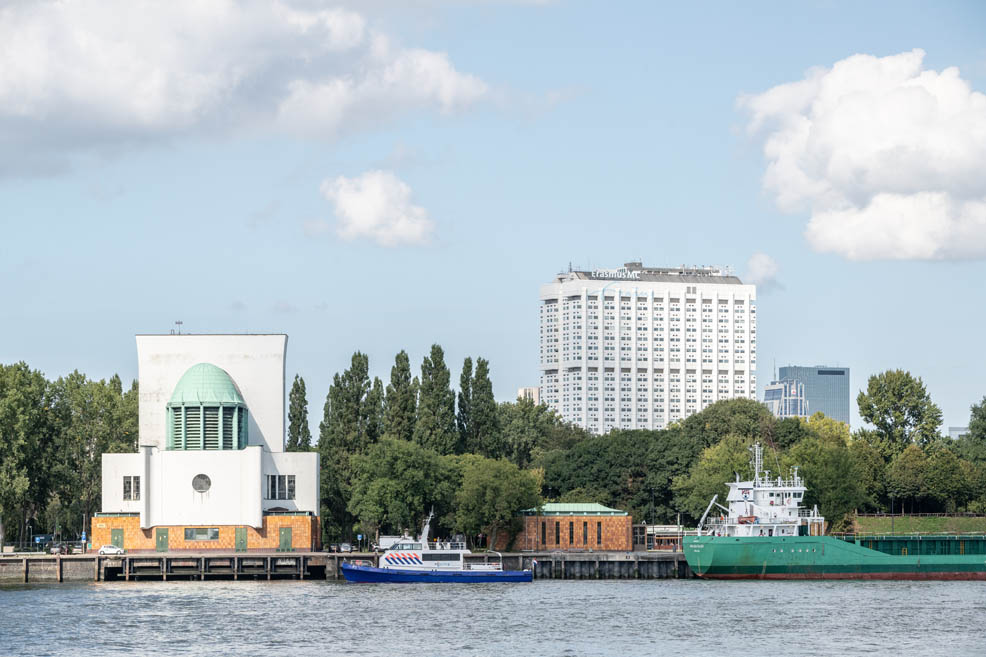 The construction of the tunnel started in 1938, because the increasing traffic caused long traffic jams for the old Willemsbrug and the Koninginnebrug. Because a bridge would cause too much disruption to shipping traffic, it was finally decided to build a tunnel. It was an architectural masterpiece: the first sunken tunnel with square instead of round elements. 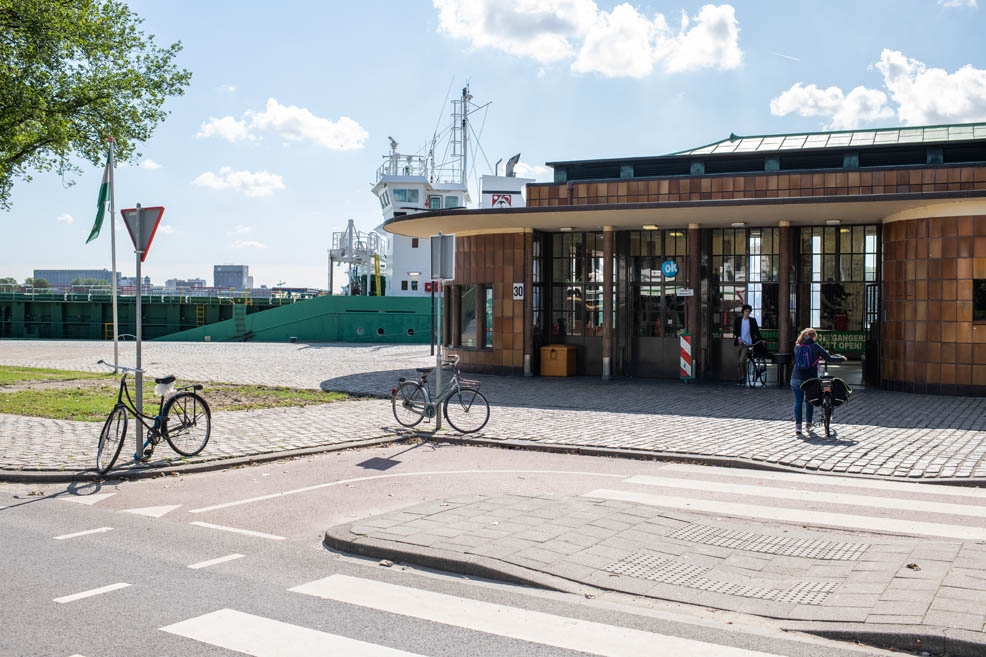 The view from the banks of the river alone makes a trip to the tunnel worthwhile. On both sides of the tunnel you have a wide view over the skyline, the harbors and of course the Maastunnel building on the other side. What is the best side, in our opinion? That must be the south side. You are facing the Euromast in Het Park and are right next to the butt of it ss Rotterdam. 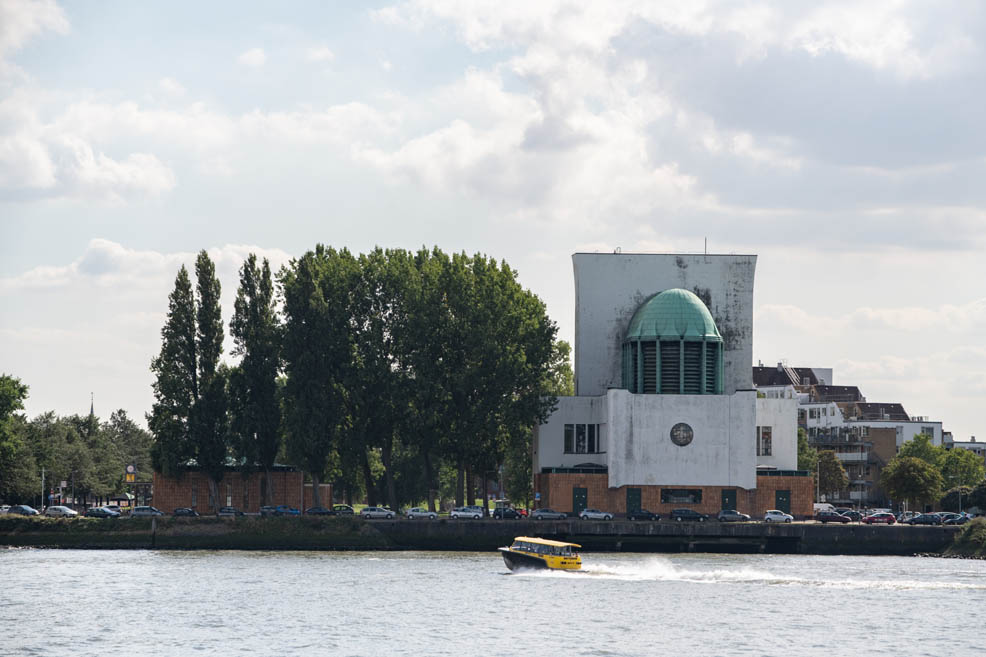 The opening of the tunnel wasn't exactly a party? It was ready for use in 1942, but the municipality refused to do it with much fanfare, because they did not want to make it a Nazi party. By the way, in 1944 the Germans had filled the tunnel with explosives, which fortunately were disabled by the resistance - so even today we can still enjoy that beautiful tunnel. 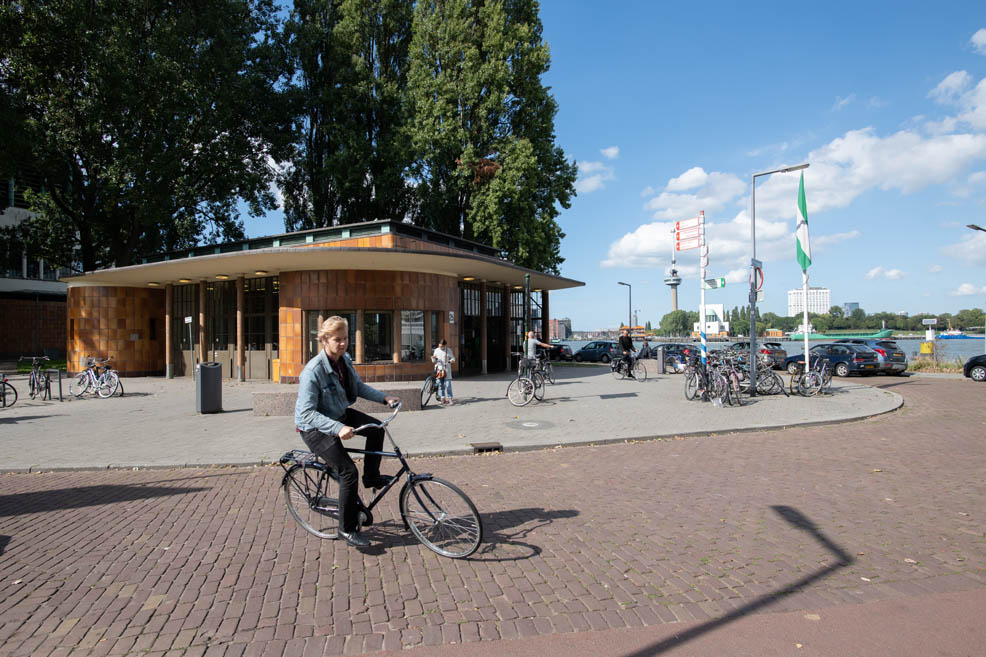 In the coming years, there is quite a lot of maintenance on the car tunnel, so you can try out the acoustics in the tunnel tube with the bike. This is possible with the lift, but real Rotterdammers go of course with the escalator: front wheel transversely on a step, hand loosely on the brake and enjoy the historic descent. You can do it!

What do you think?
1 reviews

I can still remember from my youth how often I cycled through that tunnel. Glad he has now been completely renovated. Too bad I can't be there 5 October. Recommended (also for non-residents of Rotterdam) to go over the escalators by bike to the other side!

Click on one of the contacts below for the chat or send an email to info@mustsee.nl

Junior Marketing Fleming van der Dussen
× How can I help you?