You may not see it, but here at the Westzeedijk underground you will find a real nuclear bunker from the Cold War. Fifty people could go here in the event of a nuclear attack.

The bunker brought to life

Curious about the bunker, but not in the mood to break in and descend via the claustrophobia-stimulating staircase? With the Must See app you can lift the bunker above the ground in augmented reality - really, try it! Our mascot Mussie can show you everything. 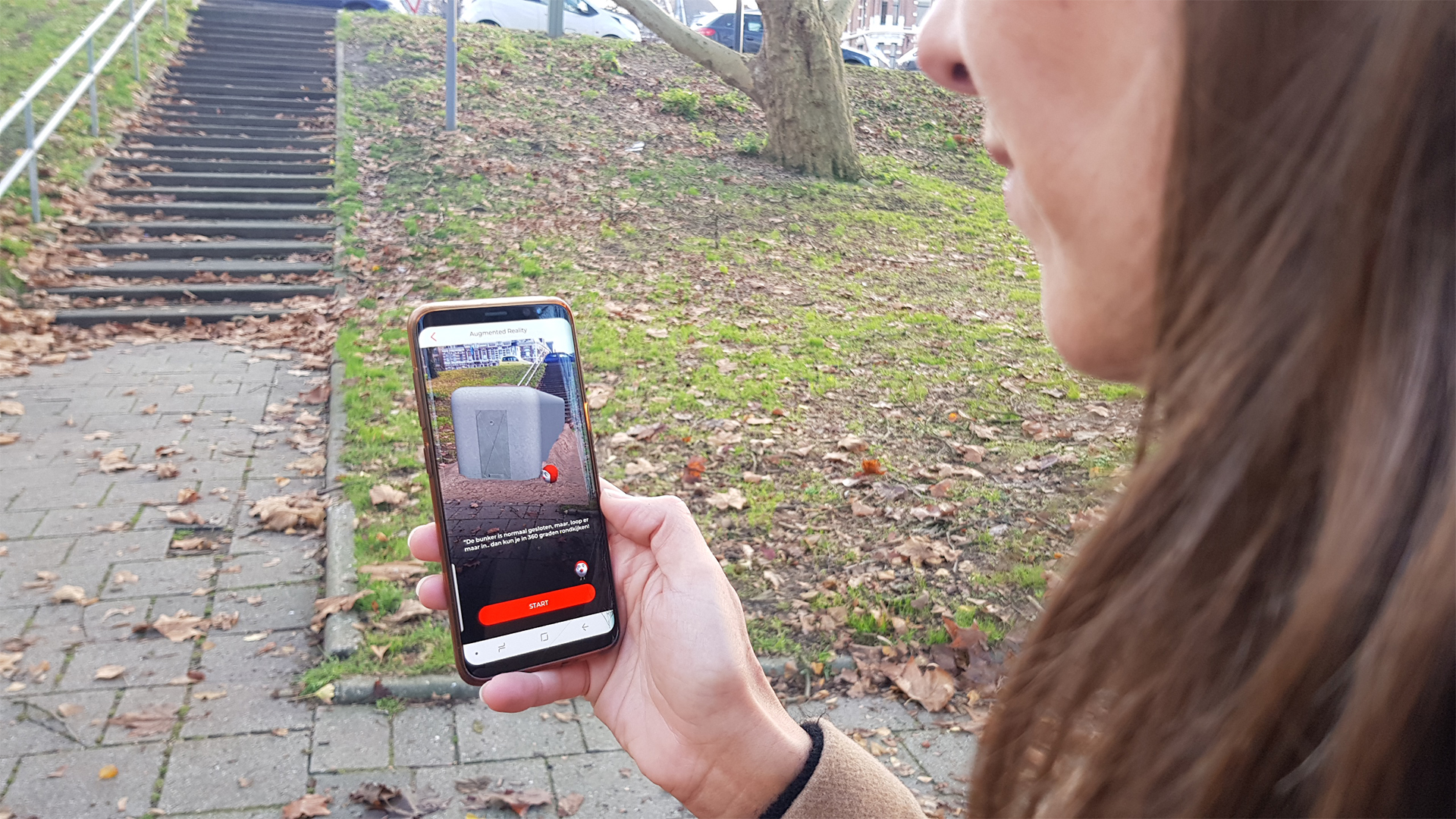 The bunker, built in 1964, is hidden under a small hatch next to the dike. Via the stairs you end up in a small space of approximately 25 square meters. You can best compare it with a concrete sea container. If people were attacked on the way by an air alarm, they could stay in the bunker for a maximum of 48 hours. 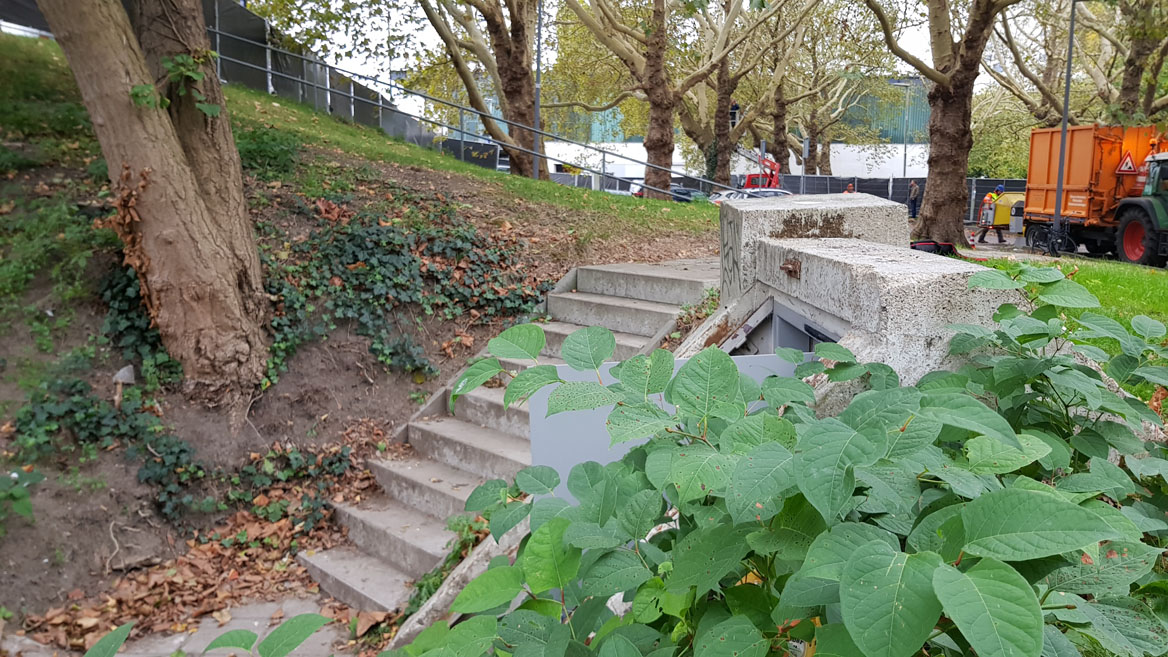 Crackers and drinking water were stored for the inner person. You shouldn't eat too many crackers, because going to the toilet was no fun: the chemical toilet in the bunker was actually a bucket with a curtain in front. 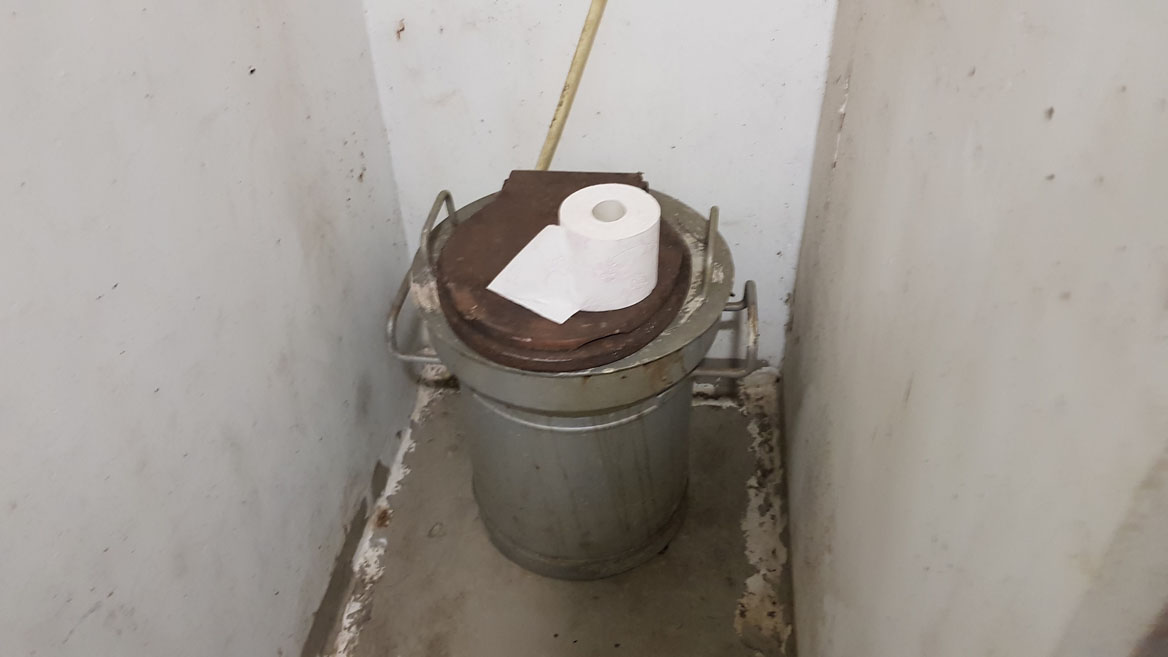 The bunker on the Westzeedijk is not the only hidden memory of the Cold War. In that period all metro stations in Rotterdam were set up as a shelter. Before that, rooms were set up in the walls with toilets and food supplies. In the rooms, boxes were also stored with building kits with which seats and beds could be made. In case of calamities, the stations were filled with carriages to create seats. The capacity per station varied between the 2.000 and 10.000 people. 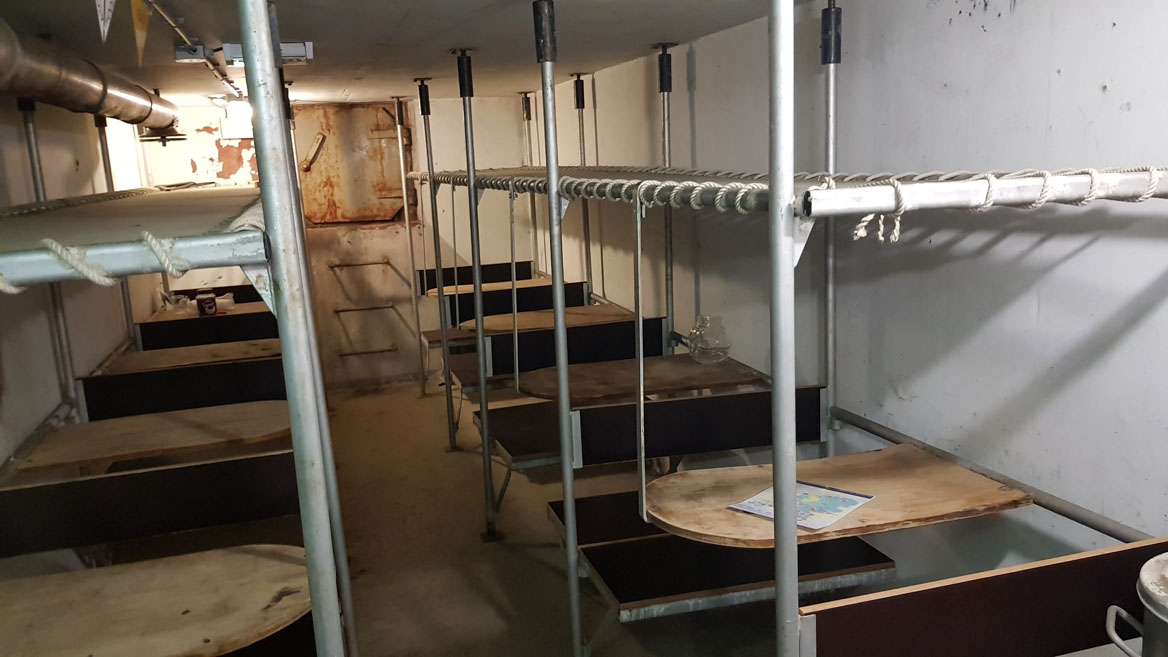 There were also shelters in various bridges and locks in Rijkswaterstaat. They were only meant for the staff. The drinking water company at the Van Brienenoord bridge also had a large bunker from which the water supply in the city could be regulated. There was also a large underground vault with offices under the building of the Dutch Bank to allow money to circulate during calamities. 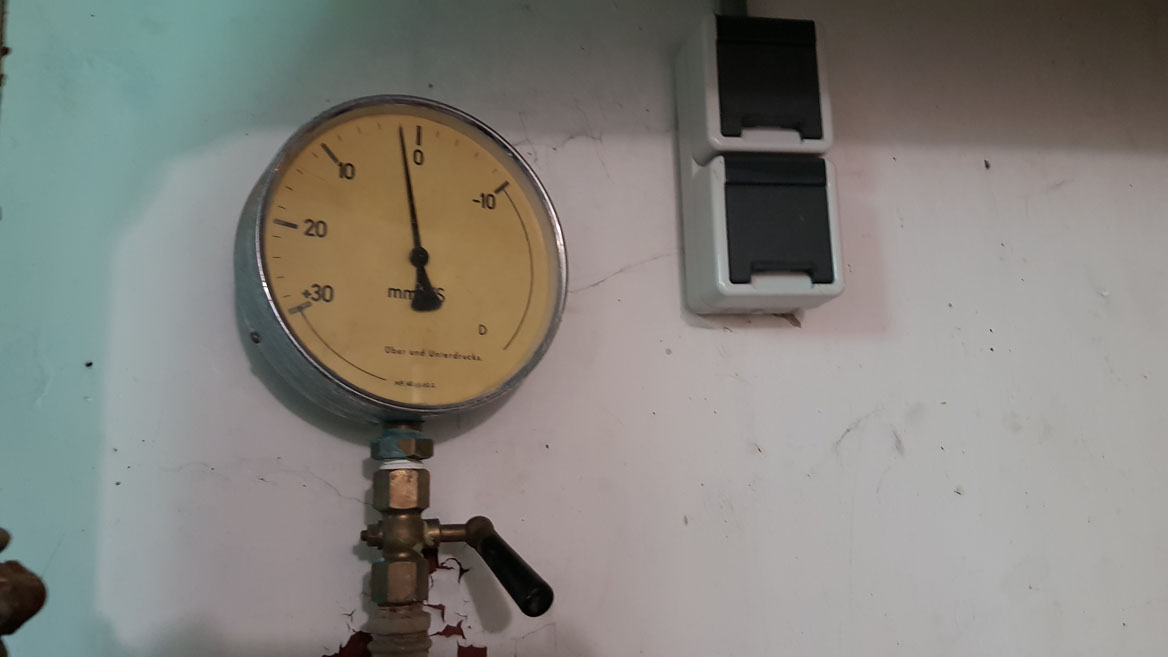 In Rotterdam you will find a number of bunkers from the Cold War, such as those next to it town hall on the Coolsingel, under the former main post office, so that the PTT could continue its work in the event of an attack. The escape hatch of this bunker was hidden under the artwork of Jan van Munster, which has now been removed. 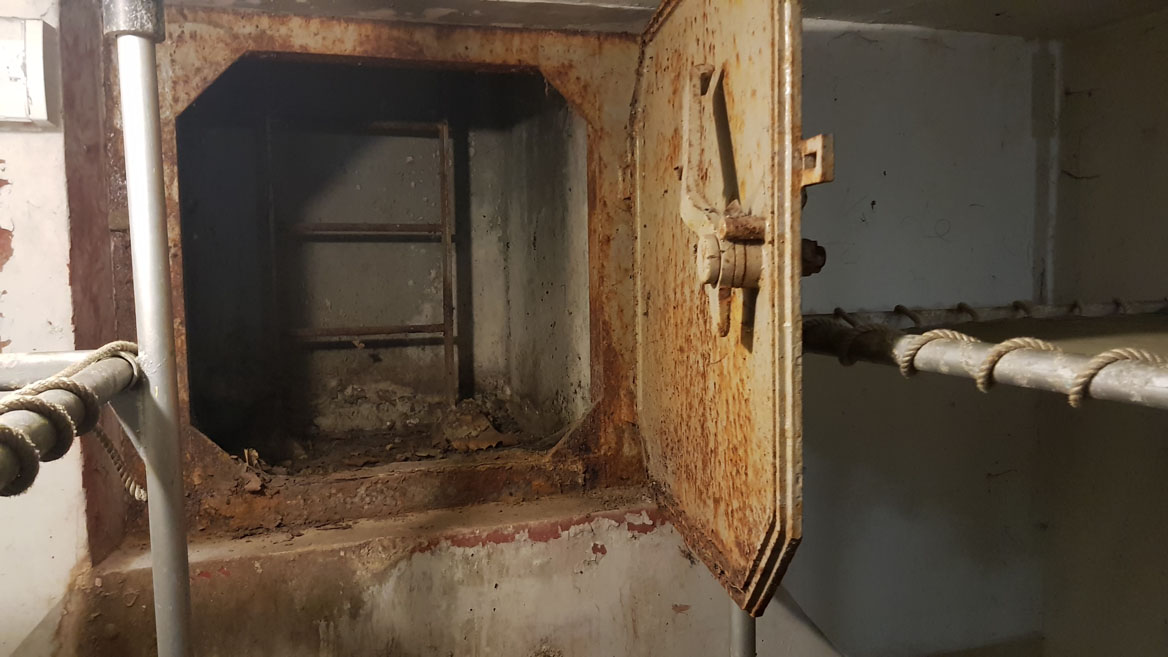 Also in the Thurledestraat in the Spanish Polder is a nuclear bunker from the Cold War? This was intended to allow the personnel of the Rijks Verkeers Inspectie to continue their work in case of calamities and mobilization. The RVI then had the task of moving the Allied troops that would then be landed in Hoek van Holland to Germany as quickly as possible. This is kept as much as possible in the original state by a number of enthusiasts, and can be visited and even hired by appointment. Very special is that this bunker was a copy of the bunker of the Royal House. All state bunkers were built according to the same design. 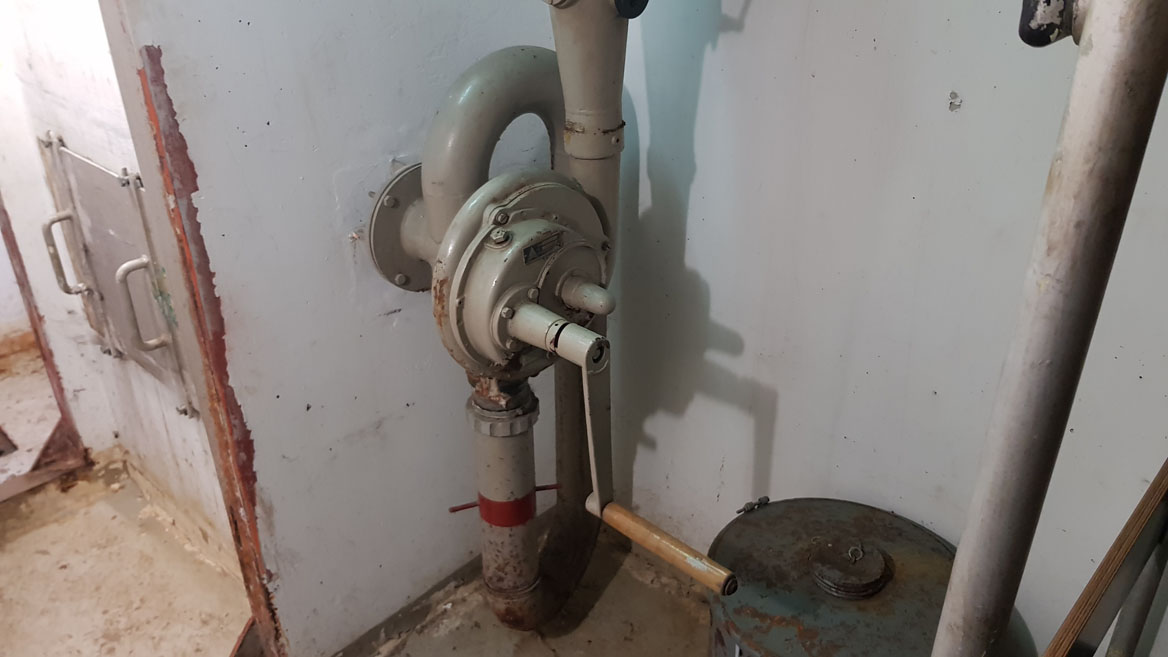 Walk a bit further to the north, into the park, and you will see the Greek Orthodox Cathedral of St. Nicholas. One of the many churches in Rotterdam that was built for seamen from abroad. He can hardly be seen from the road, but it is a beautiful church, especially if you make an appointment to look inside. 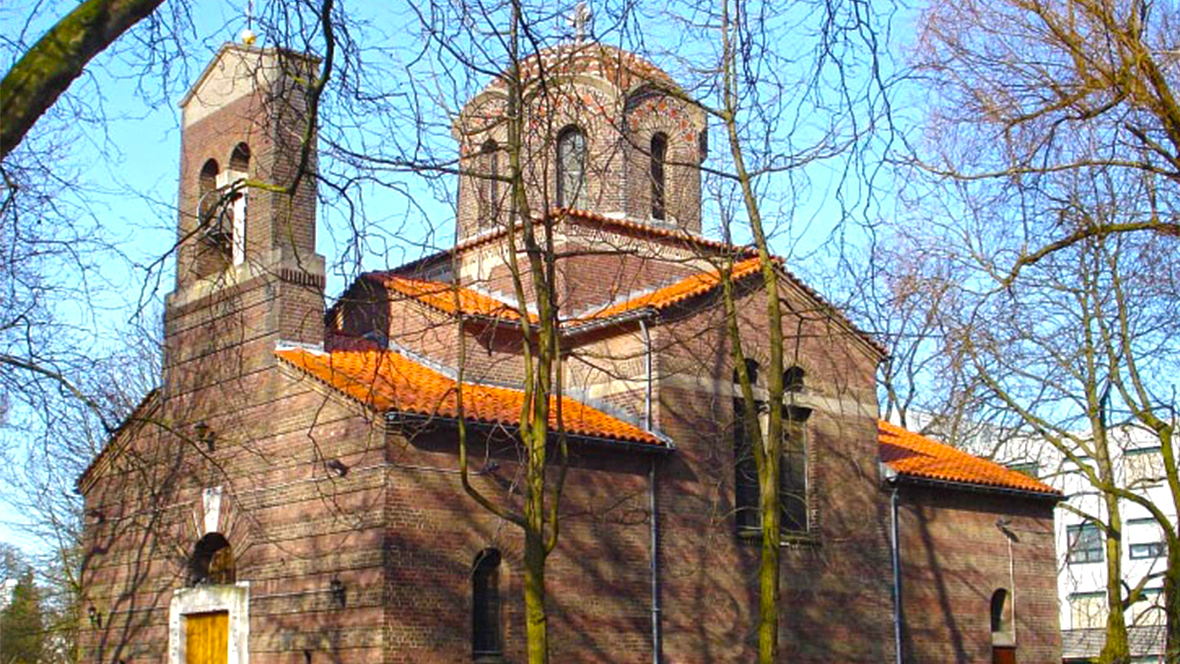 The hiding place on the Westzeedijk will be opened as standard during Open Monument Day. Furthermore, there is always a possibility for a visit, if you contact the Foundation Cultural Heritage Cold War:

What do you think?
2 reviews

Really cool that you can now experience the history of Rotterdam even better with these techniques!

I didn't know at all that you could view the bunker with the app. Watch out if you walk there next to the Kunsthal (where the bunker is located) that you will not stand in the dog poop when you are busy with augmented reality. Greetings, Henk